The History of Challenge Coins - From Rome to Racing 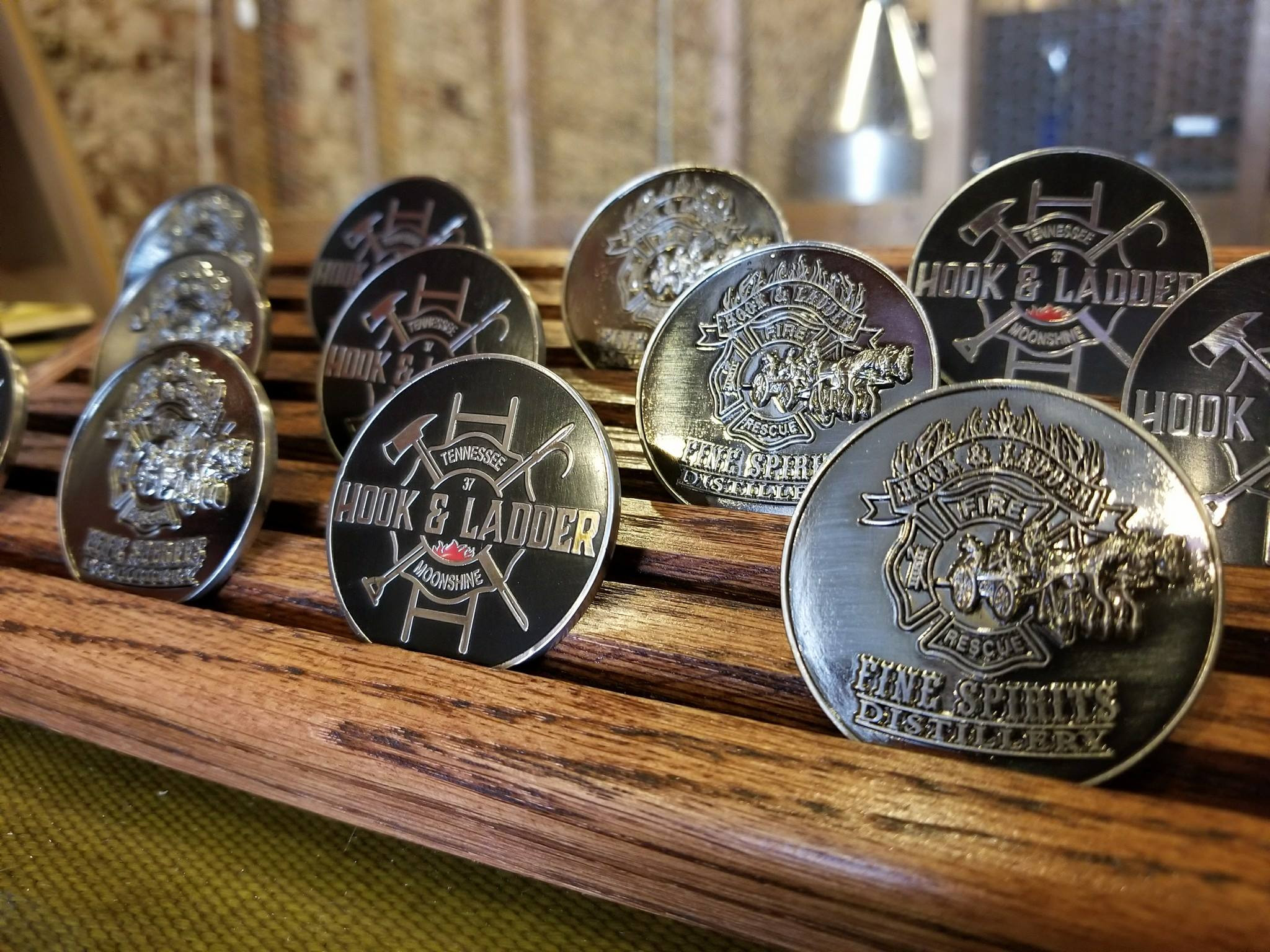 As human beings, we strive for one thing in our lives more than anything else: unity. We long to feel as though we are a part of something bigger than ourselves. We form bonds and relationships with the intention of growing our influence and inner circle. Well, we are not the first generation to seek this unity - and the history of the challenge coin is a great example of that.

Challenge coins, often used to signify membership in a club or group, are some of the oldest forms of group recognition to date. Within these little pieces of metal lies the history of the world, dating all the way back to Ancient Rome. So, let’s dive into the rich and exciting history of one of the most important signals of brotherhood - the challenge coin.

Some people believe that the current “challenge coin” idea was started in Ancient Rome. The Roman Empire boasted the world’s most impressive army, which controlled almost all of Europe spanning from Great Britain to Babylon. And with this group of incredible soldiers came incredible achievements, such as heroic acts or wounded soldiers. Soldiers who offered their life or were incredibly important in battle were supposedly offered “coins” to signify their bravery. These coins were later studied during the Renaissance, when the interest in the happenings of Ancient Greece and Rome grew in popularity. During this time, challenge coins often signified patronship or association with a specific house or lineage.

The coins went out of style for the next few hundred years, but picked up in popularity during World War I. Supposedly, soldiers in some squadrons were issued small medallions to signify their battalions and alliances. Their popularity grew during war after a story of a soldier who escaped German hold was popularized. According to the story (which has yet to be verified), a young man was stripped of all of his identification by a German patrol, leaving him with nothing but the small coin he was given before the war. After fleeing and ending up in a French camp, the soldiers thought he was a German spy and prepared for his execution - until he showed them the small coin he had kept that showed his battalion number and proved he was an American ally. After this story circulated, the “challenge” portion was added to these medallions and the challenge coin grew in popularity - becoming required in most battalions. From there, soldiers in World War II, Korea, Vietnam, and the Philippines have all worn challenge coins for identification.

Now, the challenge coin goes far beyond just the military. U.S. Presidents have been frequently seen with challenge coins, most notably President Barack Obama, who would place challenge coins on the burials of fallen soldiers. Bill Clinton had a display rack for his challenge coins, and current President Donald Trump changed his challenge coin to include “Make America Great Again” instead of the traditional “E pluribus unum”. Groups like Harley-Davidson Motorcycles Owners Groups, NASCAR, NFL, Eagle Scouts, Breaking Bad, The Big Bang Theory, Black Ops 2, and the Utah Symphony Orchestra are some of the other seemingly unrelated examples of challenge coins use in history.

So whether you’re the president or a pass rusher, a TV star or a trombone player, fighting for our country or fighting in a video game, the challenge coin has some tie to your history. Check out our custom made challenge coins and build your group today!